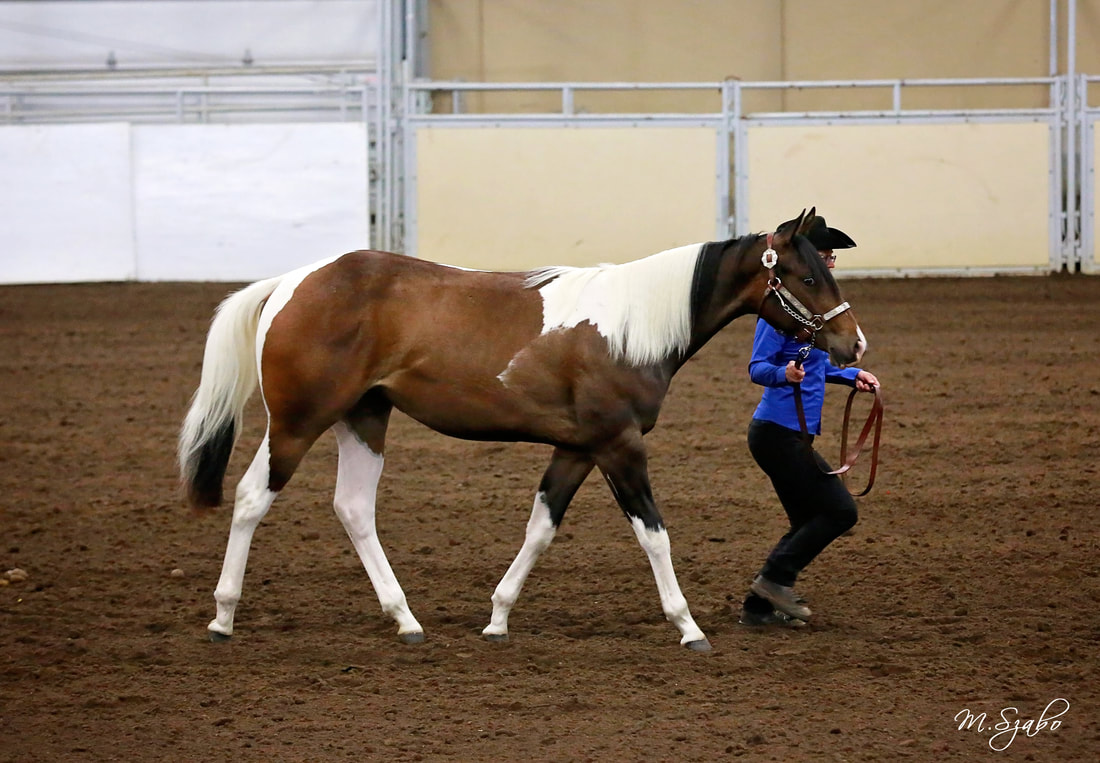 We have decided to keep this filly for ourselves - the first Jack baby that we just couldn't part with!

April is double registered Paint and Pinto. She is a great filly with the size, movement and temperment we look for. She is also negative 5 panel, negative OLW and homozygous for black, so will be a fabulous broodmare down the road.

April has been lightly shown the summer of 2017. Currently she has PAC points in showmanship and in-hand trail, and Pinto points in halter, showmanship and trail. We are thrilled with her good attitude. She is quiet, sensible and willing. And a great mover - wait until you see her lope! 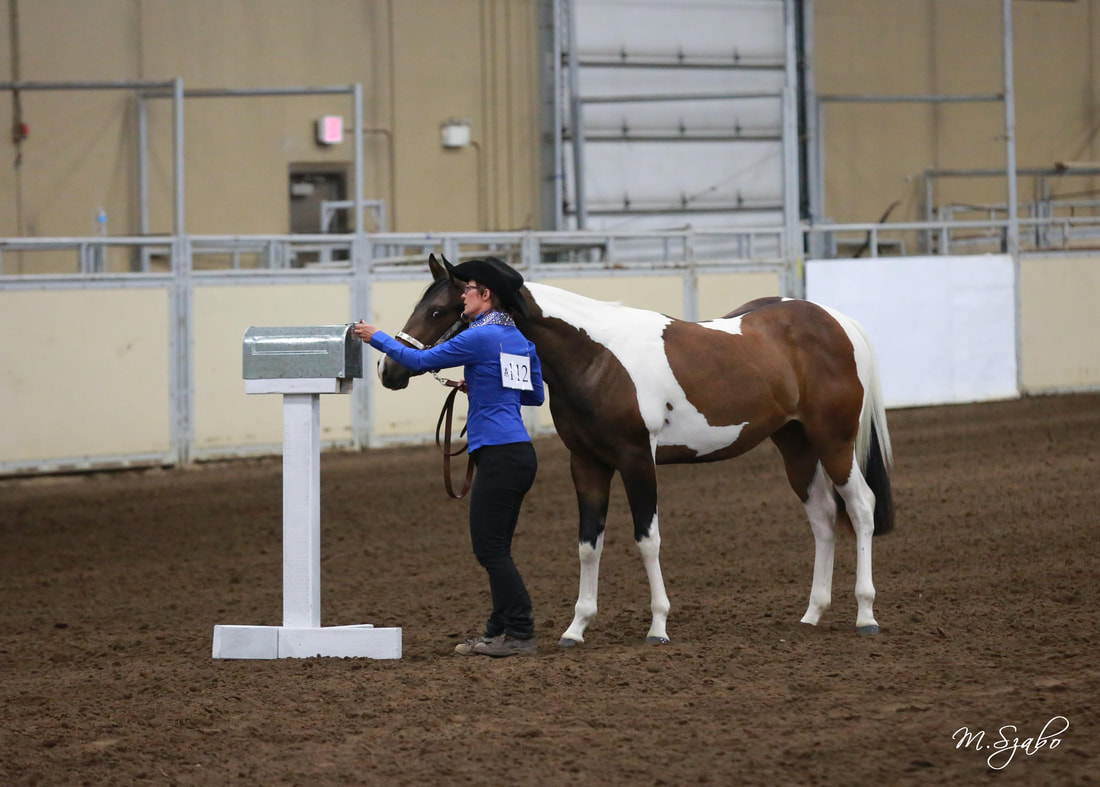 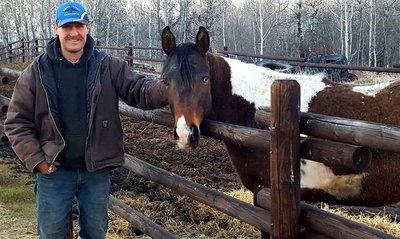 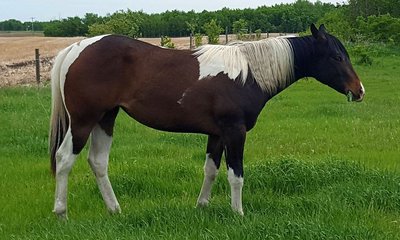 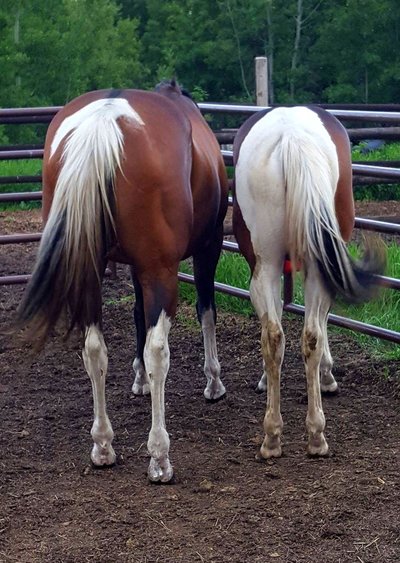 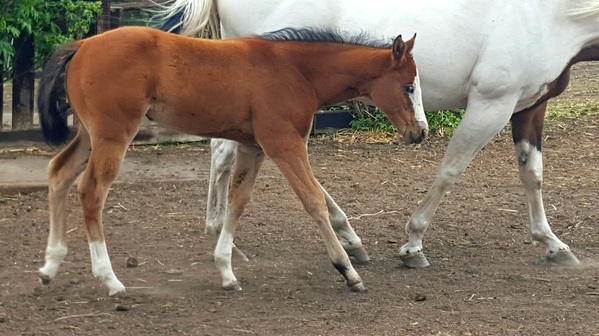 
Born April 1/2016, "Gracie" bay filly with three white socks and large irregular blaze. This is a super cute filly, very feminine and dainty, and while she doesn't have enough white to qualify for Regular Registry, DNA testing shows she does carry frame overo (OLW) so she will be a great broodmare when finished her show career.

This should be a super cross, last year's foal from this cross was a bay tobiano stud colt who was a little loping machine! Invite The White (Hope) has 43 points in lunge line, plus won the Ohio lunge line futurity before being injured and put into the broodmare band. She is by Superior Western pleasure horse, Special Invitation, who is by leading AQHA sire, Invitation Only. Hope is out of one of APHA's top producing broodmares, R Fancy This, who had multiple performance Superiors herself, and then has gone on to produce 11 World or Reserve World Champions including a full brother to Hope, Invite This, who has earned over 400 Western pleasure points, plus a Reserve World Championship in Western Pleasure.

We suspect Gracie will be a little Western pleasure machine, closely related to 4 times World or Reserve World Champion, Lopin Lazy, who has Lazy Loper for a sire (Jack's sire) and is by R Fancy This (who is Hope's dam) The 2015 full sibling to this foal went to a show home in Kansas, photo of him below "This Is Lazy". If you are looking for a show prospect that will go on to be an incredible broodmare, this is the one to keep in mind! Contact me for more photos. I have three short YouTube videos of her taken at two months of age. Here is a link to one of them.  I like this video, it shows her moving soft and slow, but it also shows that she can stretch and reach if she wants!!!     https://youtu.be/tFGh16UuEkc 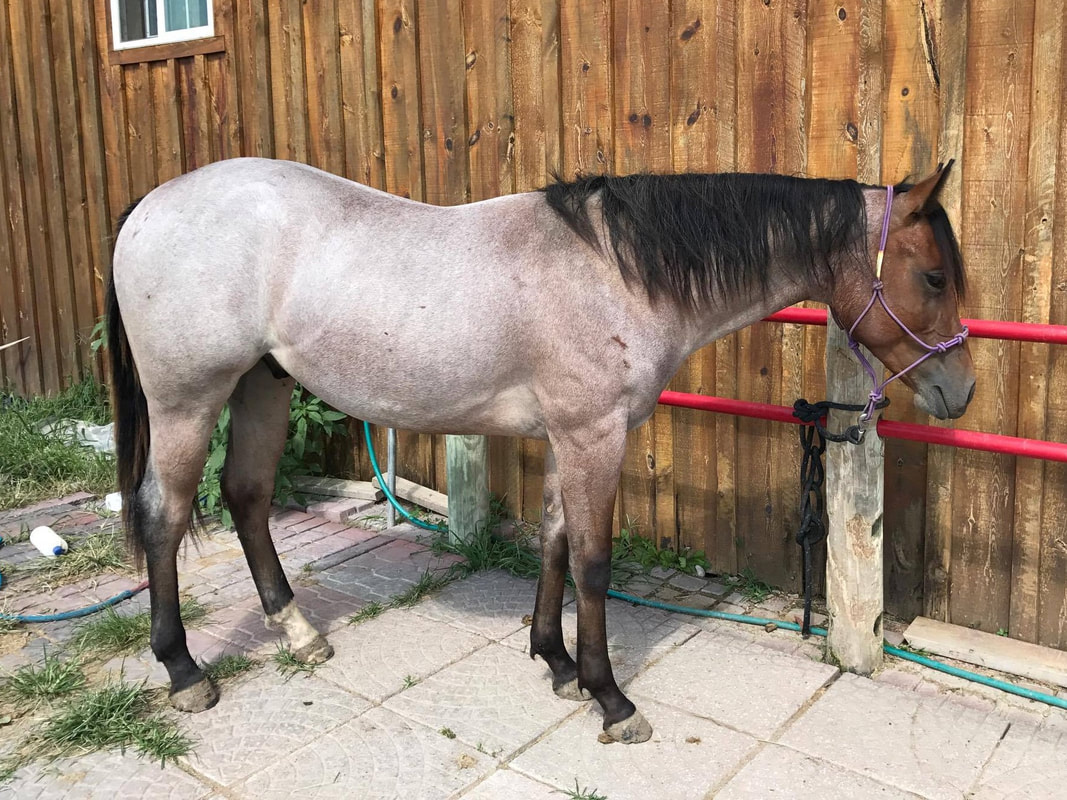 Carson has been sold to Deb of Nebraska!
Carson is a big, handsome colt that already shows a hint of that lovely bay roan colouring that will continue to develop in the next few months! He has minimal white - just one white sock a tiny snip of white on his nose, so he won't make the Regular Registry, but he is still going to be an eye-catching fellow. Not only is he roan, he also appears to have rabicano with a fancy coon tail!

I've already watched this colt lope, and he's going to be bringing home points in the Western pleasure pen, and maybe he'll even Hunter under saddle! He is a flat kneed, soft mover. We expect his temperment to be exceptional like his 2015 big brother, Franklin. He will be negative 5 panel, Breeder's Trust and Alberta CCF futurity nominated.

Franklin is out of Plenty Blue At Night (Skye) is by Superior Western pleasure stallion, Mr Good And Plenty who is by leading AQHA sire, Zippos Mr Good Bar. Skye was never shown but has two full siblings with multiple points earned including ROMs and Superiors both Western and English. 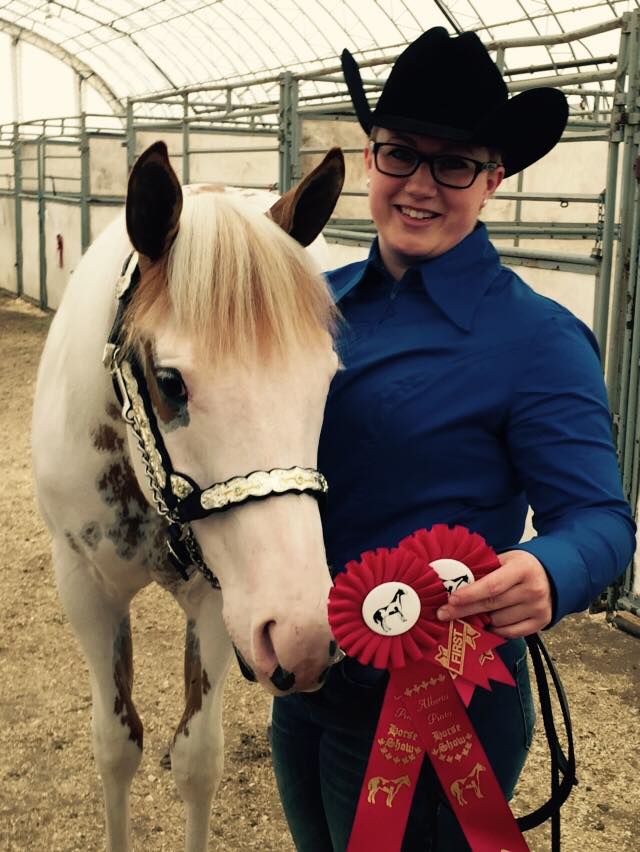 Charlotte is by "The New Tallent" 2010 sorrel overo stallion standing 15.3 hh with multiple circuit and futurity championships, and points in Open and Amateur Western Pleasure, halter, trail and Western Riding. The New Tallent is by Reichert Celebration Champion A Scenic Impulse. A Scenic Impulse is currently #14 on the APHA leading sire of Performance Winners list, and #12 on the APHA Leading Sire of Point-earning Performance Horse list.

Charlotte was purchased by Angela Turcotte and has already been shown Pinto and APHA. She won her first two In-hand trail classes back to back, and now is preparing for the APHA Zone show in lunge line. We think she's going to go a long ways with her owner, Angela! 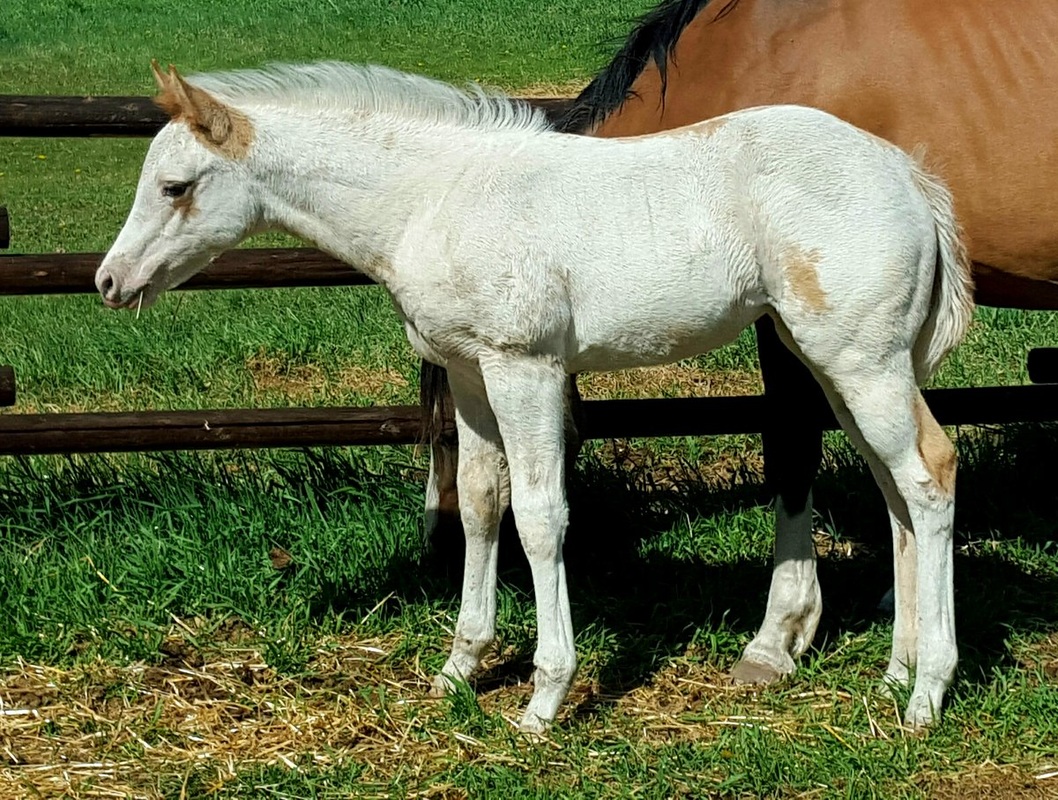