This Is Lazy (Lazy) Good N Lazy X Invite The White, bay tovero stud colt, homozgyous black and also homozgyous for agouti. He carries one gene of tobiano and one gene of frame overo. He is 5 panel negative as both parents are 5 panel negative.  Sold to Stana of Kansas where he will stand at stud after his show career.

Lazy was shown once in 2016 after recovering from an injury from jumping a fence! (Who knew he's have enough energy to try to jump a fence!) He won the Sunflower Lunge Line futurity in a big pen of nice yearlings, which was fabulous considering he hadn't been lunged for several months while recovering. He is now preparing for his under saddle work. Lazy is 15.1 hh at 19 months of age. 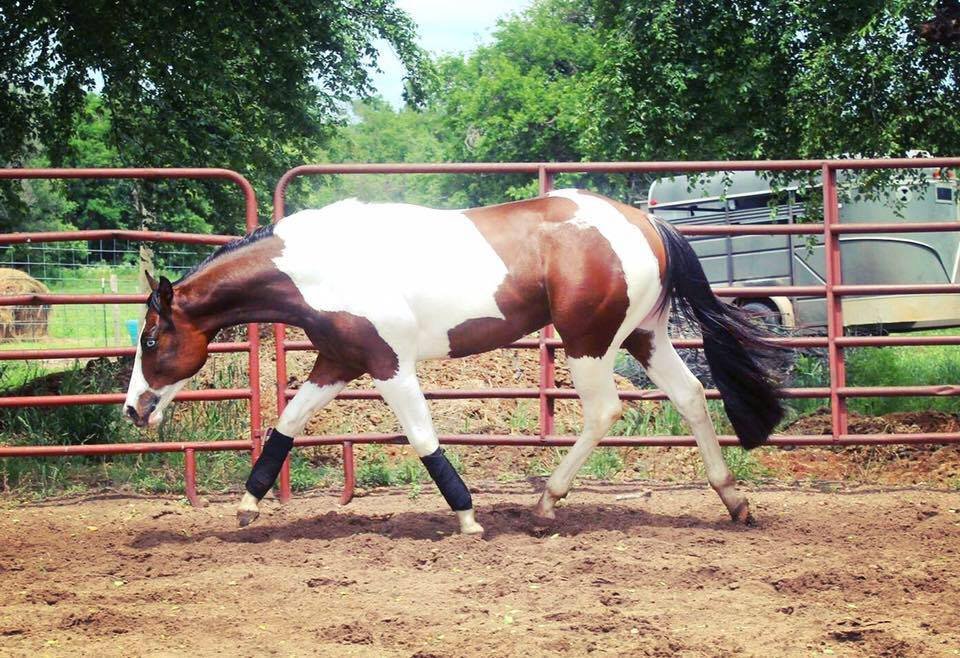 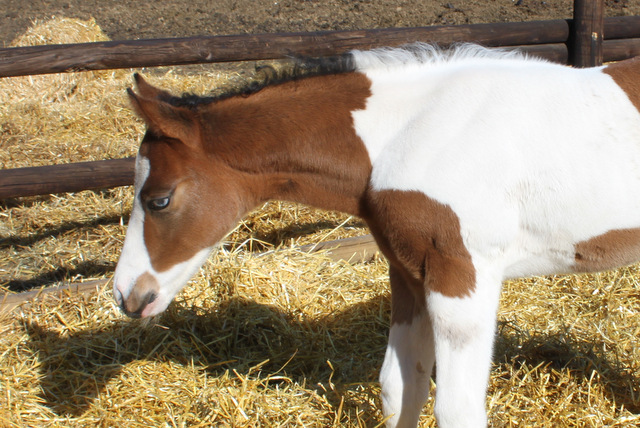 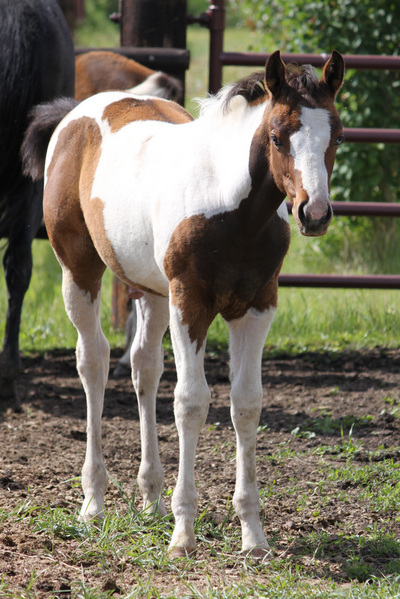 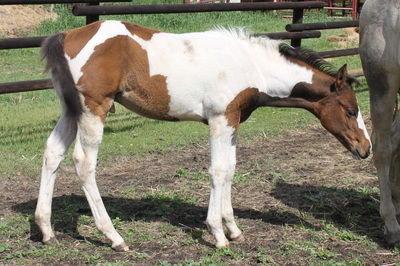 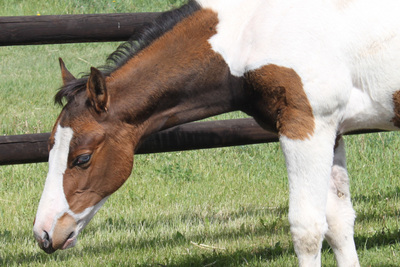 I believe the link above will take you to a short video clip of Lazy being warmed up for his lunge line futurity. Have a look and see if you like how he moves! 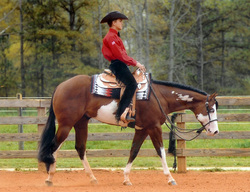 To the left is Lopin Lazy, Superior and World Champion Western Pleasure at age three. This young stallion is by Lazy Loper and out of Hope's dam, R Fancy This. So this is what this type of cross can produce!!!
Hope has one foal currently showing, Ultimately Inviting, who has earned 53 points in performance and halter classes at age three, being rode by all members of the family; mother in walk trot, husband in open, and their young children in youth! Gotta love a three-year-old that will keep your kids safe!

Wright On Lazy (Franklin) Good N Lazy X Plenty Blue At Night, brown tovero gelding born 2015.
Frankllin was shown at CCF as a weanling, placing 4th in a large pen of colts. He was shown once as a yearling in 2015 in both lunge line and Yearling In-hand trail. He is a lovely mover and VERY quiet. In fact, Kailey's biggest struggle is to get him into gear at times! Keep your eyes open for his show debut under saddle in 2017. 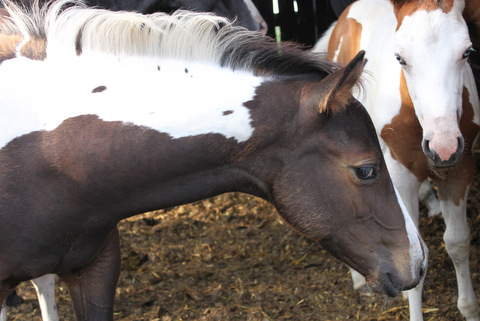 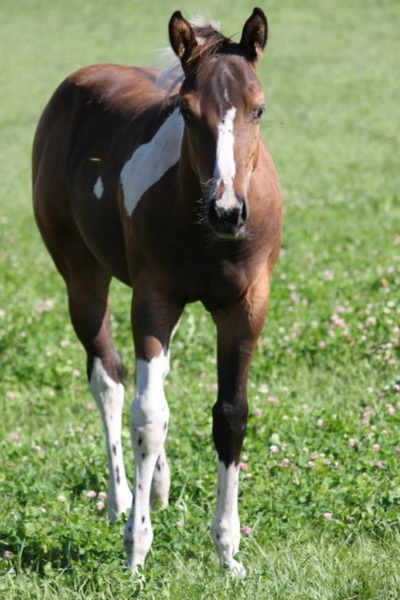 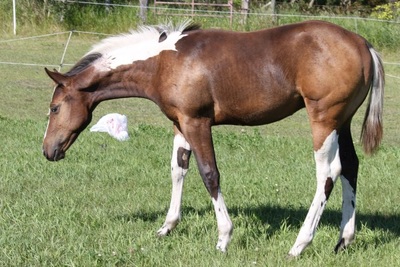 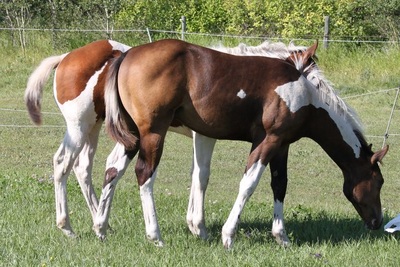 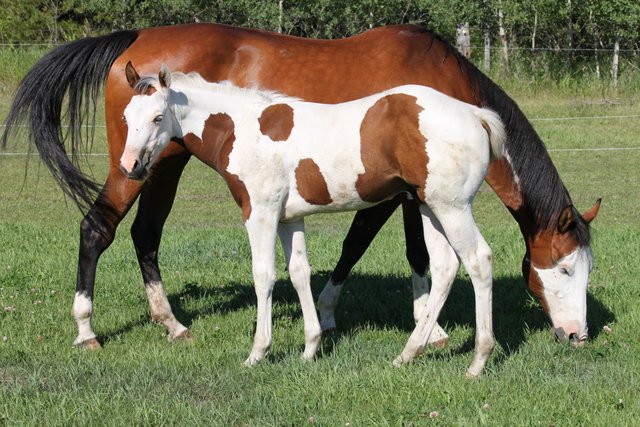 Lazy Mazy (Good N Lazy X Mays New Moon born 2014.
Mazy is registered as a bay SPB, but DNA testing shows she carries frame overo. I showed her dam, Mays New Moon, for several years. That mare had points in 5 events including ROMs in Open Western pleasure and Novice Amateur Hunter under Saddle. Mazy is a fabulous mover, very soft and pretty. She stands 15.2 hh as a late two-year-old. Sold to Tiffany of Grand Prairie, AB. 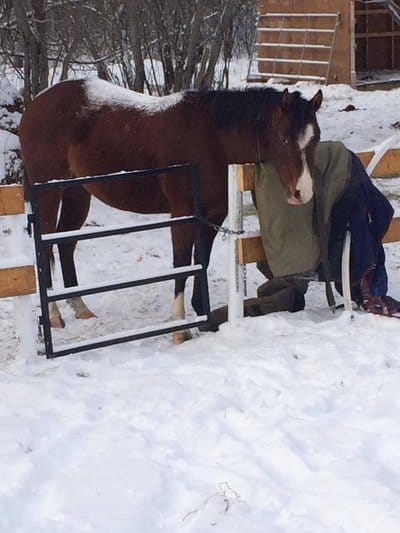 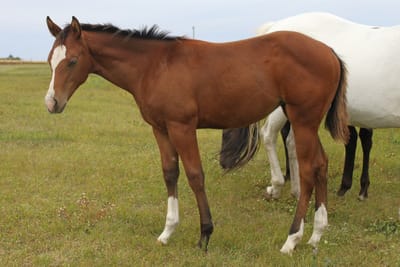 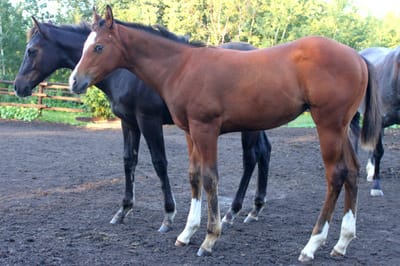 Only A Kiss Good Night (By Appointment Only X Plenty Blue At Night born 2014
I imported Plenty Blue At Night in foal fall of 2014. She produced a lovely blue roan APB stud colt in March 2015 on one of the coldest days of the month! Cole, her baby, was super quiet, a nice mover and had that flashy roan colour that everyone liked. He was sold to Nicki of Iowa. Cole was shown as a two-year-old, winning his first Western pleasure futurity. We look forward to watching as his show career continues. 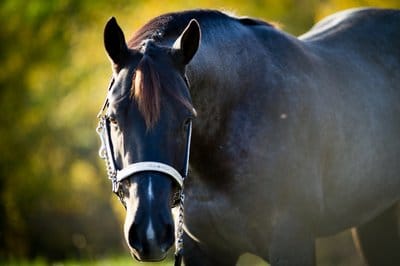 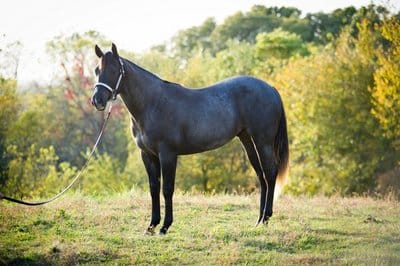 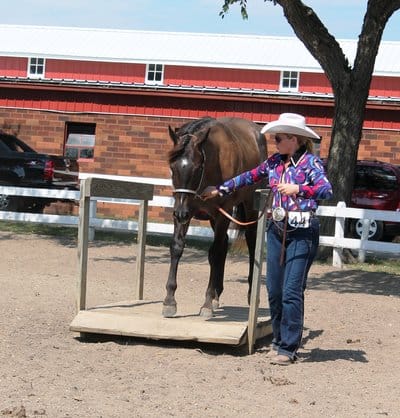 2013 foals
Simply Inviting (Simply Terrific X Invite The White) bay tobiano filly born 2013.
I purchased Faith's dam, Invite The White, in foal to homozgyous tobiano stallion, Simply Terrific. Faith was probably the quietest and sweetest foal we've ever had - she honestly never did a naughty or bad thing even as a baby! And she was a super cute mover from birth.
Faith was sold as a weanling to a teenager in Saskatchewan who used her in the 4-H Young Horse program, plus showed her locally. Faith managed to earn an impressive PAC show record by the time she was two, with many PAC points English, Western, showmanship, trail and halter, plus a number of high point awards.
Faith was sold to Ontario fall of 2016 to another youth rider who plans to compete at the APHA breed level. We look forward to watching as Faith's show career continues! And with her genetics she will one day go on to be a fabulous addition to someone's broodmare band! 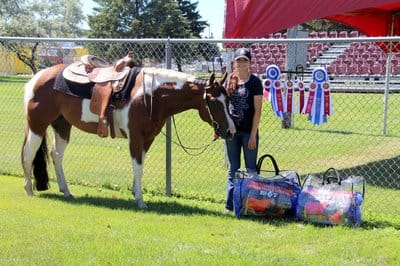 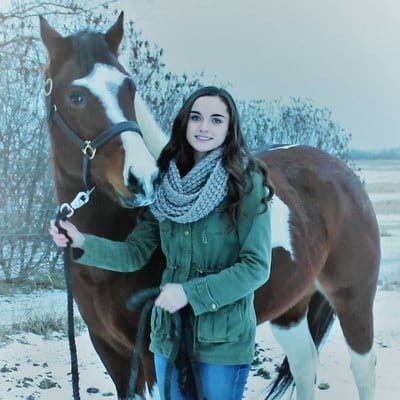 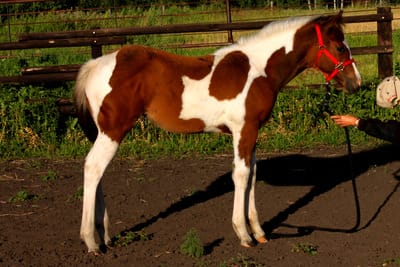 Maybe Invite Ted (Extended Invitation X Mays New Moon)bay overo gelding born 2013.
Ted's sire is an AQHA Superior Hunter under Saddle stallion by leading sire, Invitaiton Only, and Ted inherited his lovely sweepy HUS trot and canter. Plus Ted's dam had a good show record of her own with ROMs both English and Western. Ted is currently 15.3 hh. He is in training with Cassidy Schuh of Saskatoon, Saskatchewan. Hopefully he'll be showing in 2017. 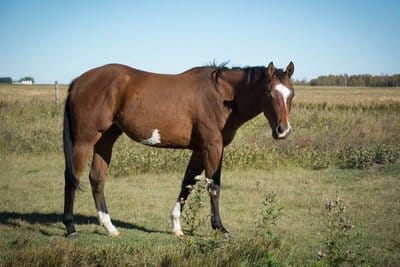 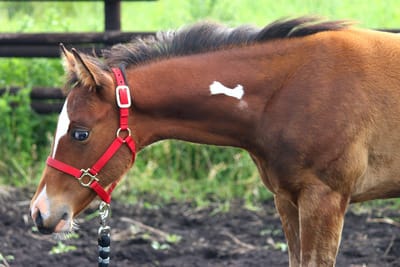 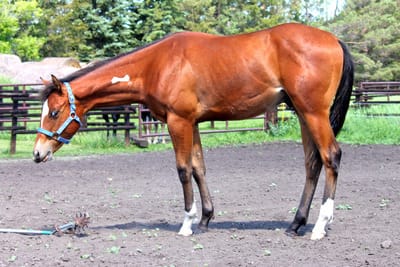 2011 foals
Bays The New Krymsun (In Krymsuns Image X Mays New Moon), bay SPB gelding born 2011.
Newton was the first foal born to my show mare, Mays New Moon. He was super pretty and had that One Hot Krymsun movement. He was sold to my trainer, Karen Clarke, as a yearling, but has never been shown. 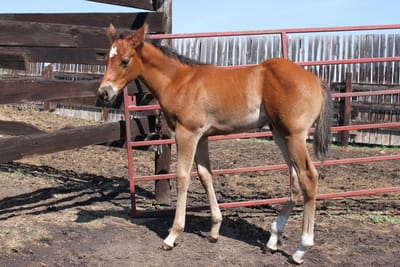 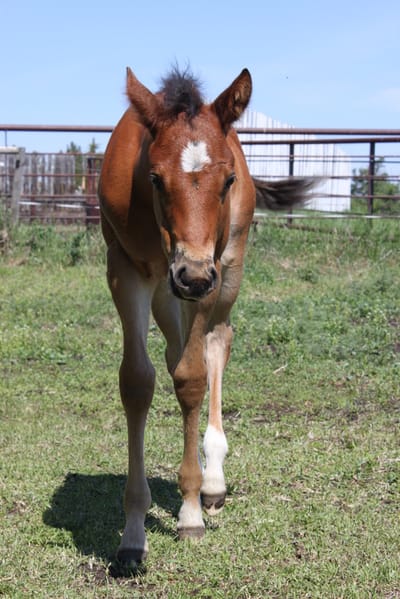 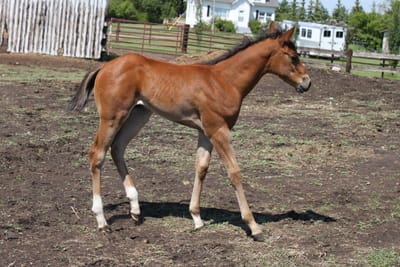