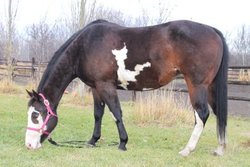 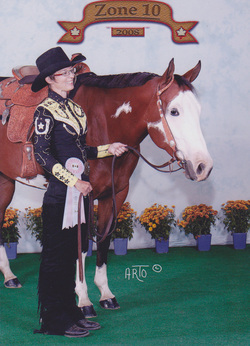 Sold - Mays New Moon, 2003 bay overo mare by BC Revenue Barlink. Hailey had points in five events including ROMs in Western Pleasure, hunter under saddle and hunt seat equitation, plus futurity placings both English and Western.
Hailey was the first horse I showed at the APHA breed level, and I learned a lot from her. She was also a fun trail riding horse.
I raised four foals from Hailey; Bays The New Krymsun by In Krymsuns Image in 2011, Maybe Invite Ted by Extended Invitation in 2013, Lazy Mazy by Good N Lazy in 2014, and Man Hez Lazy in 2015.
She has now been sold to a 4-H teenager who hopes to take her back into the show pen in 2016. 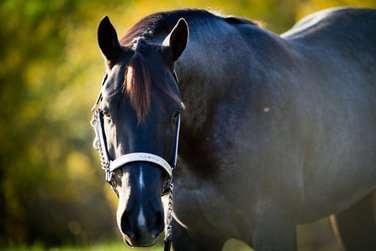 Sold - Only A Kiss Good Night (Cole) 2014 blue roan gelding by leading sire, By Appointment Only and out of my blue roan mare, Plenty Blue At Night.
Cole went to a great show home in Iowa. He was shown in Yearling In-hand trail and lunge line in 2015. 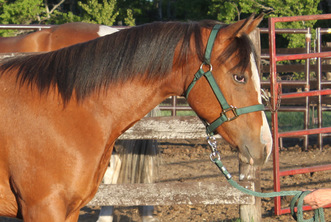 Sold - Lazy Mazy (Mazy) 2014 bay mare, registered SPB but carries frame overo genetics. She was the first foal by my stallion, Good N Lazy, and is out of my good show mare, Mays New Moon.
Mazy has a picture perfect head, slim neck and special "wow" factor that I love. Sold to Tiffany of Grand Prairie, AB, who hopes to get her into the show pen in 2016. 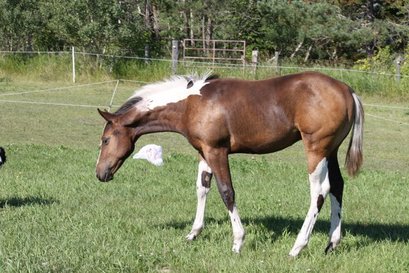 Sold - Wright On Lazy (Franklin), 2015 brown tovero stud colt by Good N Lazy and out of Plenty Blue At Night (Mr Good And Plenty X Midnight Nightmare).
Franklin was sold right off the mare, and went to a great show home with Kailey of Saskatchewan. Kailey showed Franklin at the CCF futurity, where he placed fourth out of a nice pen of early colts. Watch for him in the yearling classes in 2016. 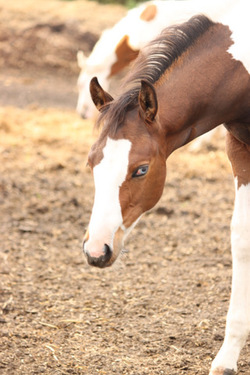 Sold - This Is Lazy (Theo), 2015 bay tovero stud colt by Good N Lazy and out of Invite The White (Special Invitation X R Fancy This)

Theo was homozgyous black, homozgyous for agouti and carried frame overo and tobiano genes. He went to Stana in Kansas, who plans to show him in the yearling events in 2016. 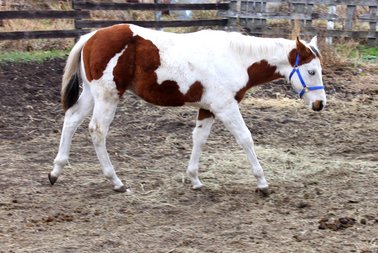 Sold - Man Hez Lazy (Manny) 2015 bay tovero stud colt by Good N Lazy and out of Mays New Moon.
Manny has gone to Donna of Walla Walla, Washington! Hope you have fun with him, Donna! 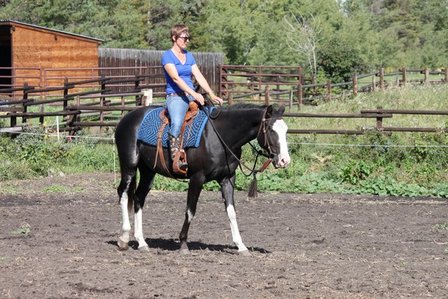 Belle was well started under saddle, and should have a great all-round career in front of her.
Powered by