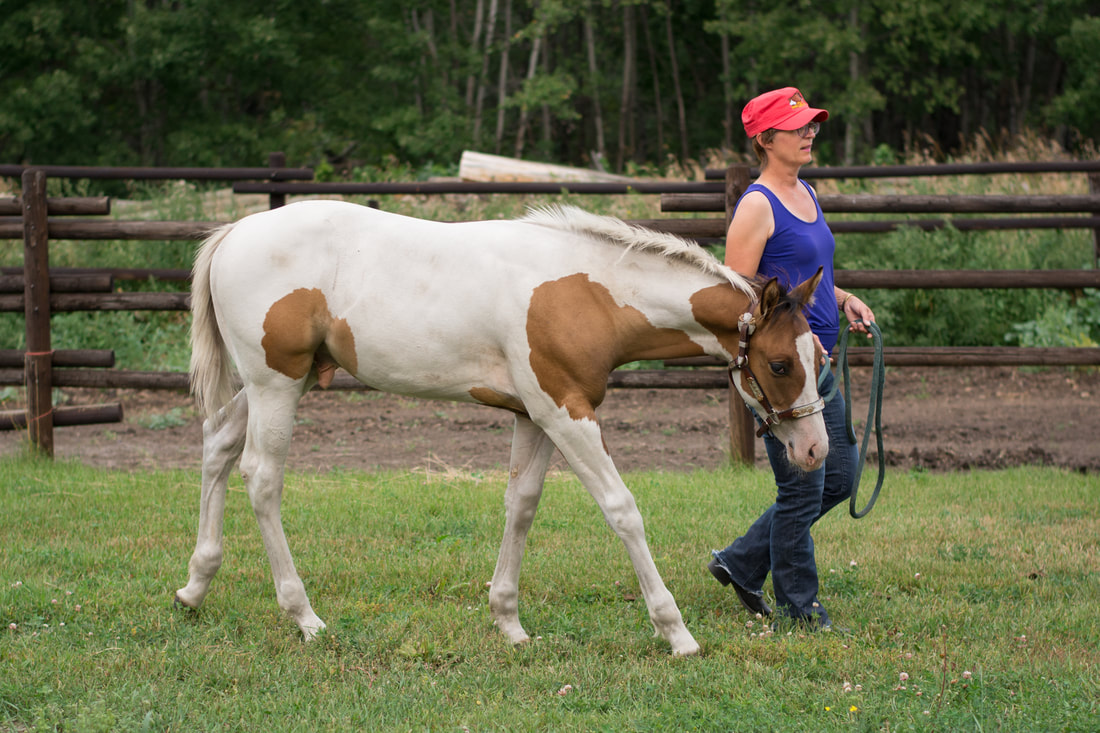 Parker's DNA testing is back. He carries both splashed white and tobiano genetics. He is negative 5 panel by parentage, he is also negative overo lethal white. Parker is homozygous for black and homozgyous for agouti, so he will never produce a red based foal if used as a stallion. And don't forget dun - he is going to stamp some nice babies with that pretty dun factor!

This is a great colt. We think he will be a super show prospect, but we also think he is a genuine stallion prospect. Parker has the pedigree, movement, colour and pattern genetics to make him a great producer. Tovero stallions will have a 75% chance of producing colour on solid mares, and an 88% chance of producing colour on a mare with one pattern gene. And dun is an added bonus! There will be no worry of OLW since Parker is negative.

SOLD - off to his new home in the US later this winter/early spring. 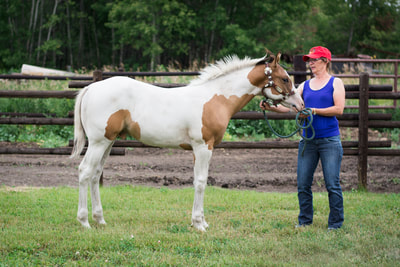 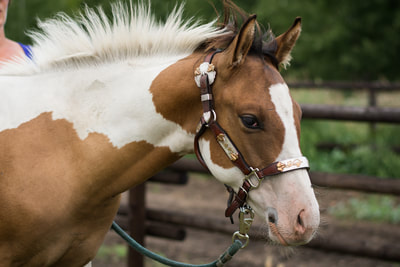 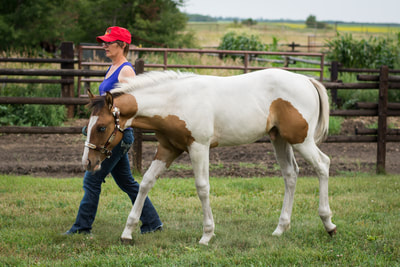 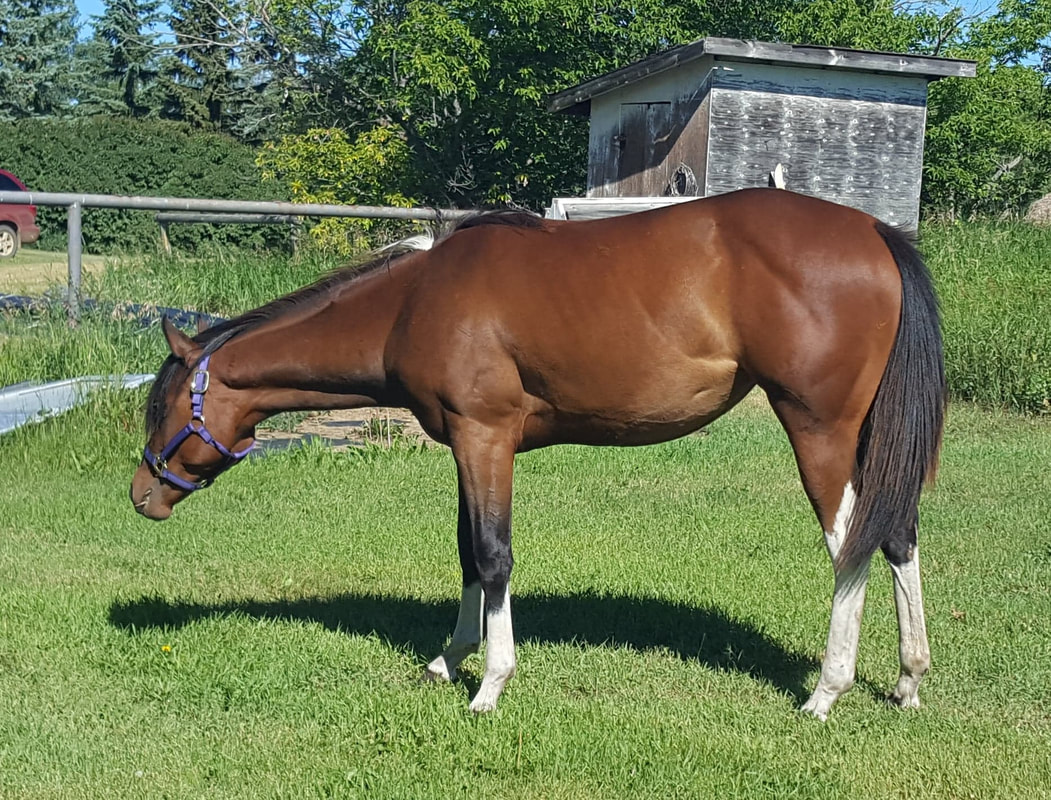 Joy is by Good N Lazy (Lazy Loper X MPH Macs Good N Plenty) and out of Invite The White (Special Invitation X R Fancy This) This filly has a star studded pedigree. Lazy Loper is a leading sire plus Superior Western pleasure horse and MPH Macs Good N Pleny was top 10 at the NSBA World Show and top 10 in Western Pleasure at Tom Powers. Invite The White earned 43 Open lunge line points before being injured, she is by Superior Western pleasure horse, Special Invitation who is by all-time leading AQHA sire, Invitation Only. Invite The White's dam is R Fancy This,three times Superior performance horse who currently is the #1 leading dam. R Fancy This has produced offspring earning 14 World or Reserve World Championships.

DNA testing from UC Davis shows that Joy is hetrozygous for tobiano. She is homozgyous for black, and carries one copy of agouti. This means she will never produce red based foals but can produce both black and bay offspring. She is negative for Overo Lethal White. She will be 5 panel negative by parentage. Joy is Breeder's Trust and Alberta CCF futurity nominated.

We aren't in a rush to sell this filly - we've waited a long time for a tobiano out of this cross. We have her priced at $8500 US if you are searching for a World show quality youngster that will add to your genetic pool when bred down the road. R Fancy This has shown what a strong maternal line can do!

I do have more video on this filly, email me if you'd like to see it. 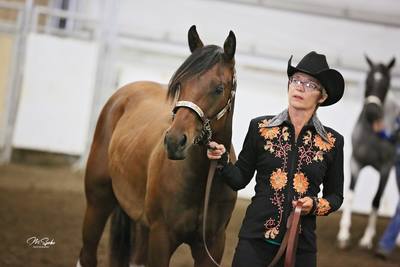 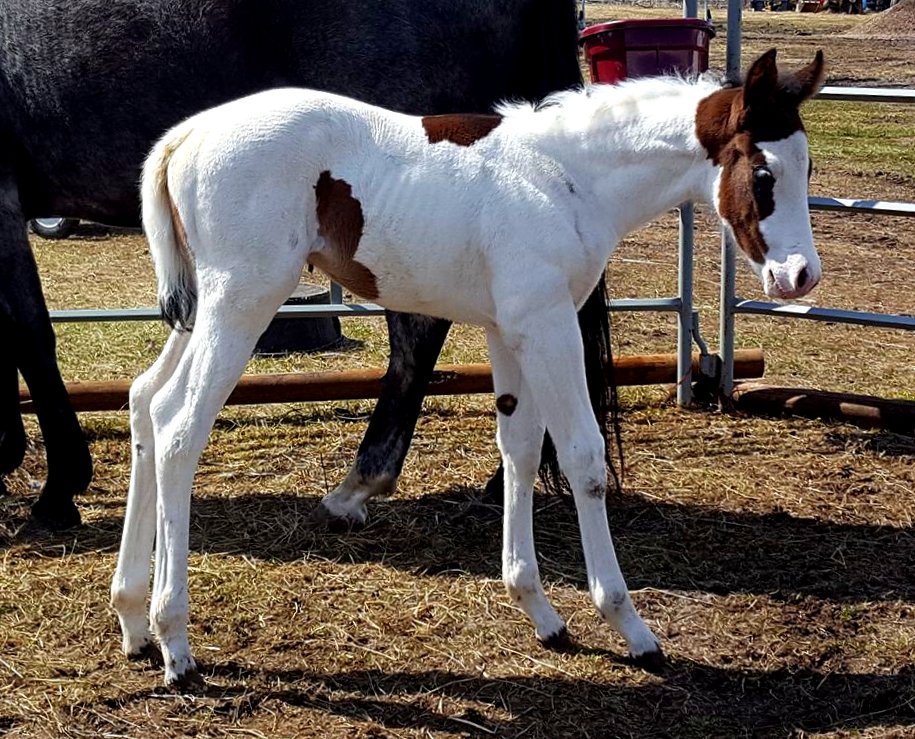 Lazy Nights Up North (Good N Lazy X Plenty Blue At Night) bay tovero filly with tobiano and frame white genetics.
​ April 2017 - September 2017. Libby was everything we strive to produce; pretty, elegant, an amazing mover and sweet. Libby was sold at two weeks of age, but a week before she was to be shipped south she died in a freak accident here on the farm. We were heartbroken, and so was her new owner. I wish you could have seen her move - she was World Class. 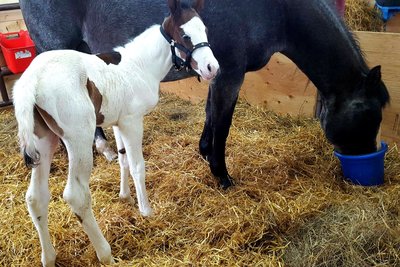 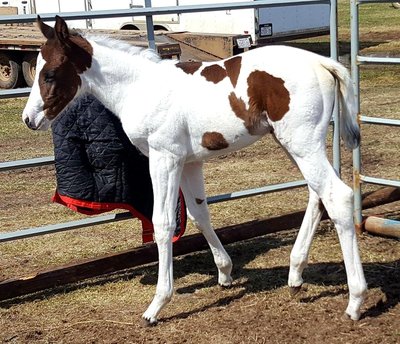 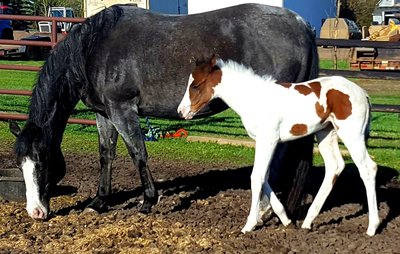