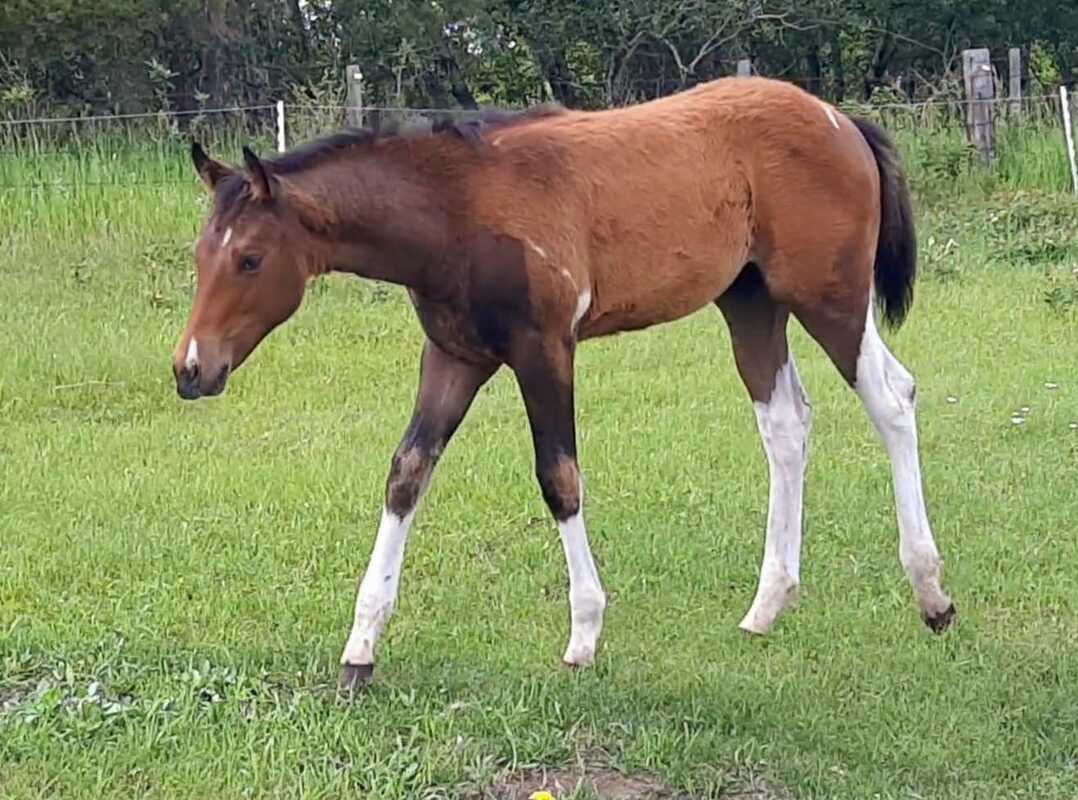 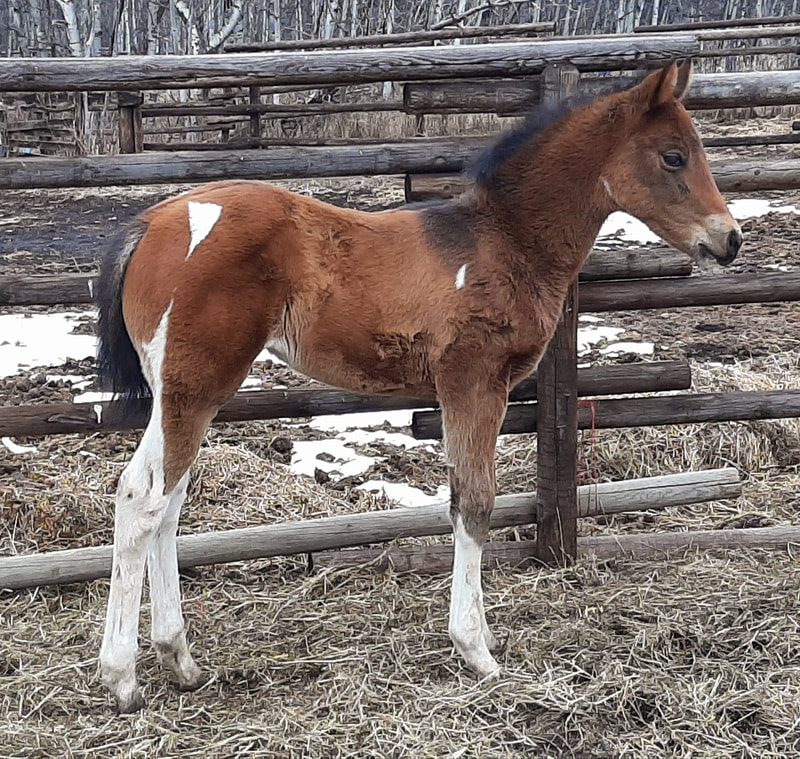 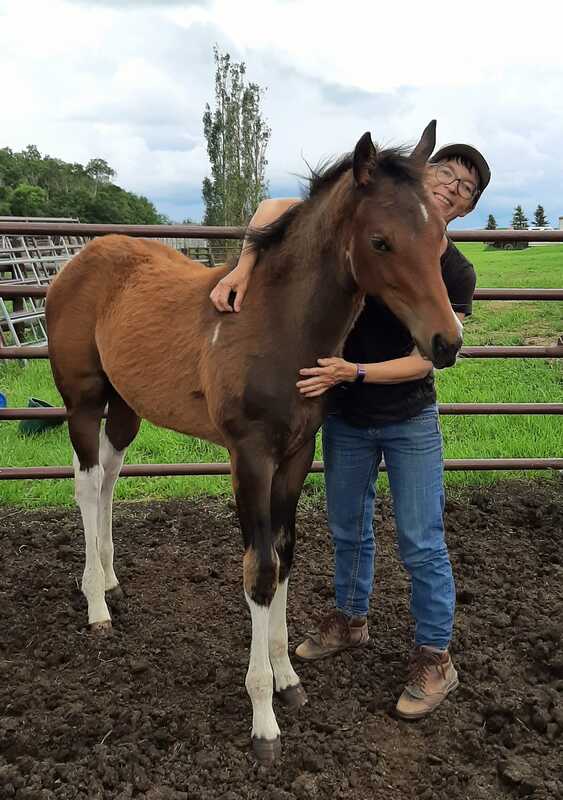 Meet Bryce, bay tobiano stud colt born March 15/22. Bryce is a minimal white tobiano colt. He is tested hetrozygous for tobiano.  He is 5 panel and OLW negative by parentage. Bryce is nominated to Breeder's Trust and the Canadian CCF futurity series.

​Bryce has two full siblings. The 2020 foal. Twenty Degree Hotter, was a tobiano filly. Harper is in a show home in the US, and currently is being started under saddle.  The 2021 full sibling, Luke N Lazy, was a homozygous tobiano, homozygous black and homozygous agouti stud colt that sold to a show home in Germany. Luke has been shown twice this spring and earned points in halter, lunge line and in-hand trail.

Bryce's dam is 15.3 hh so we expect this foal to be good sized, and should be a great mover - a real western pleasure, lunge line, all-round prospect.. Bryce's papers will have Lazy Loper, Macs Good N Plenty, Zippos Mr Goodbar, Special Invitation, Invitation Only, and One Hot Krymsun.

This colt has been sold. Thank you for your interest in Bryce. 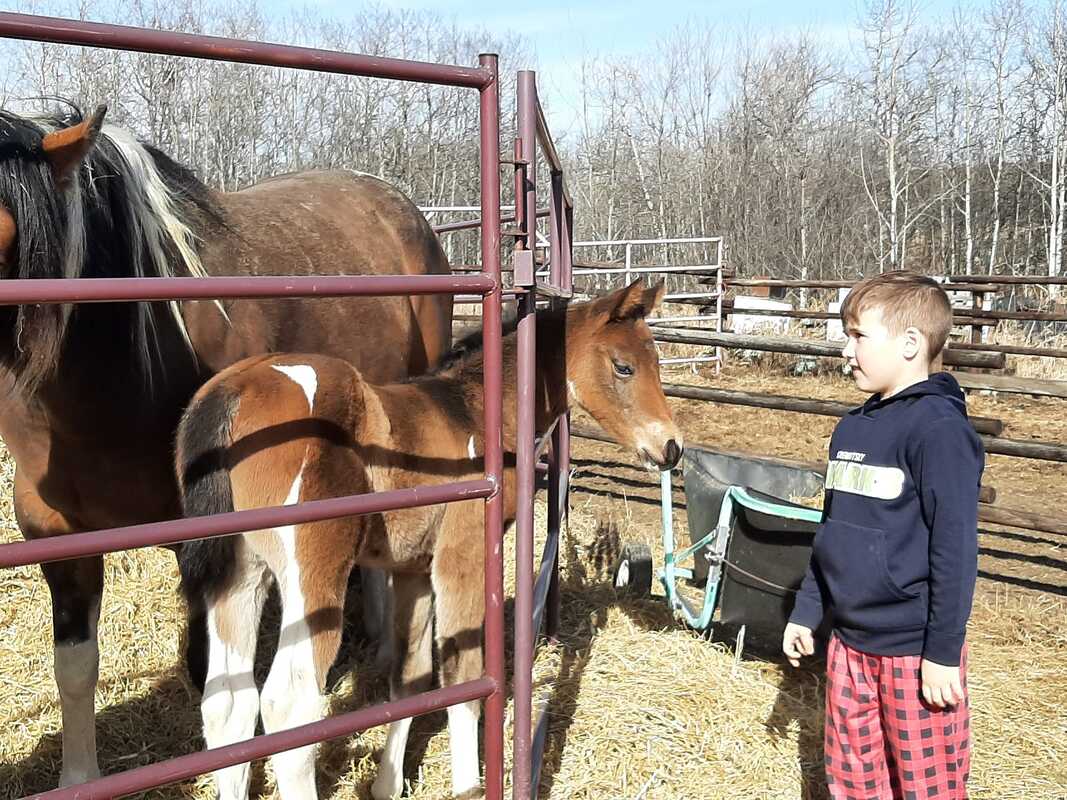 Elope In Emeralds (Stella), dark brown APHA filly born March 29/22 by Good N Lazy and out of Notice My Emerald 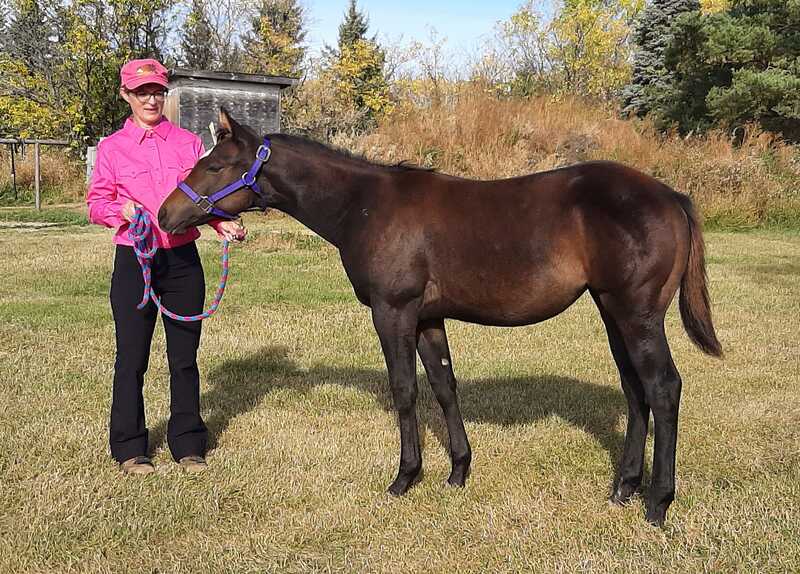 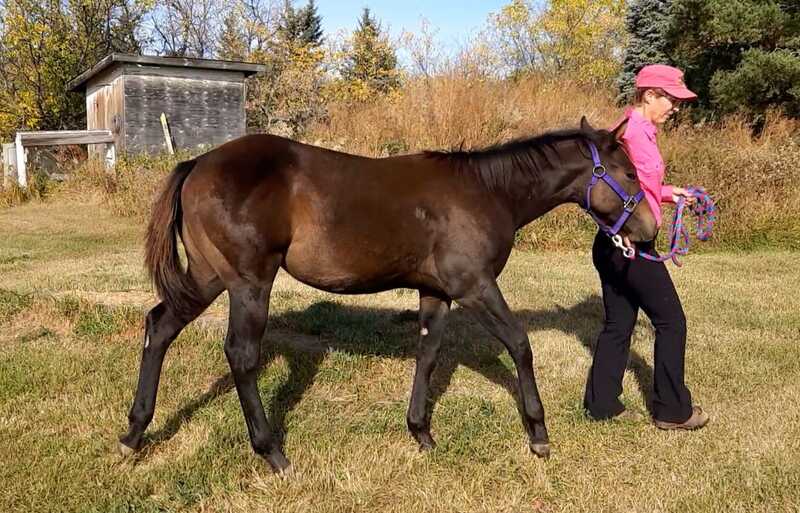 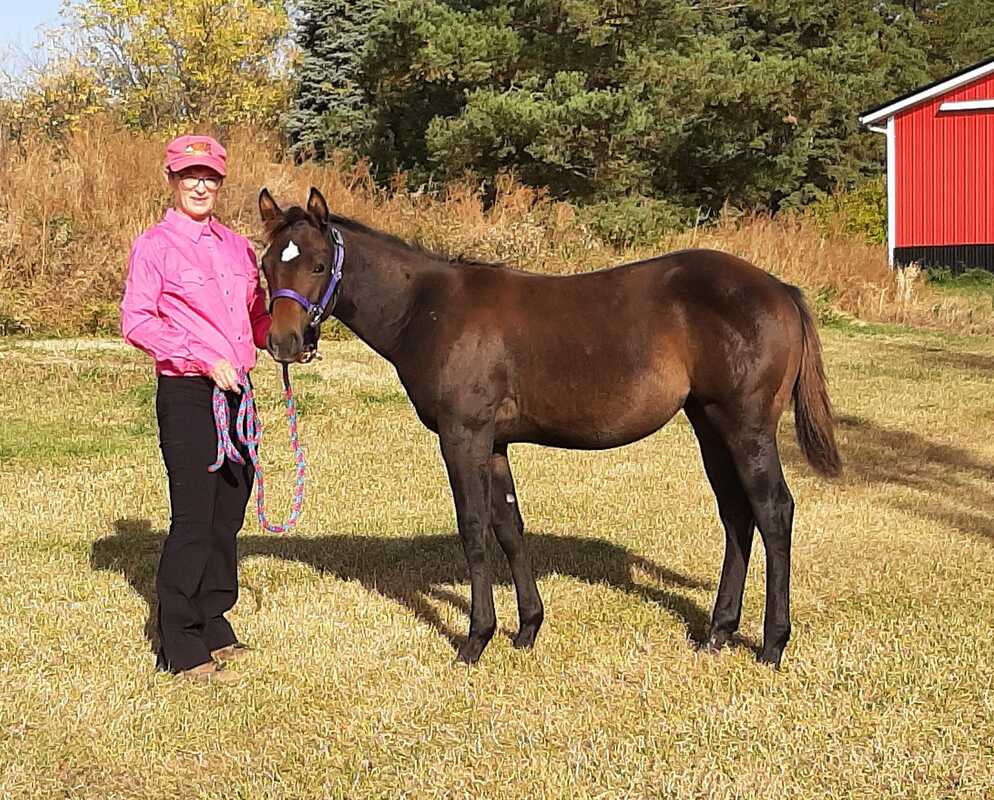 And here's Stella, brown Solid APHA filly born March 29th/2022. Stella is by Good N Lazy and out of Notice My Emeralds by World Champion stallion, My Final Notice, and out of PP Emerald Chip, who earned over 200 points with ROMs in western pleasure, trail, showmanship, halter, barrel racing and pole bending by leading APHA sire, Lucky Diamond Chip.
Recent pattern testing at UC Davis shows that Stella carries a copy of W20, as does her dam, Emmi. Stella has been registered into Regular Registry as a Solid, so she will be able to compete in all the Regular classes at APHA shows, and she can pass on her W20 if she becomes a broodmare. She is homozygous black and hetrozygous agouti so will never produce a red offspring. She is also homozygous for non-dun primative markings.
Stella is 5 panel and OLW negative by parentage.. She is nominated to Breeder's Trust and the Canadian CCF futurity series. She is shedding out a dark bay, almost black tone similar to her dam, Notice My Emerald.
Stella is pretty, elegant and she can move - we've seen her lope and she has the front leg AND the hock needed to be competitive in today's classes. And she comes in an "easy to keep clean" package!

This filly has been sold pending final payment. Thank you for your interest in Stella.
Powered by