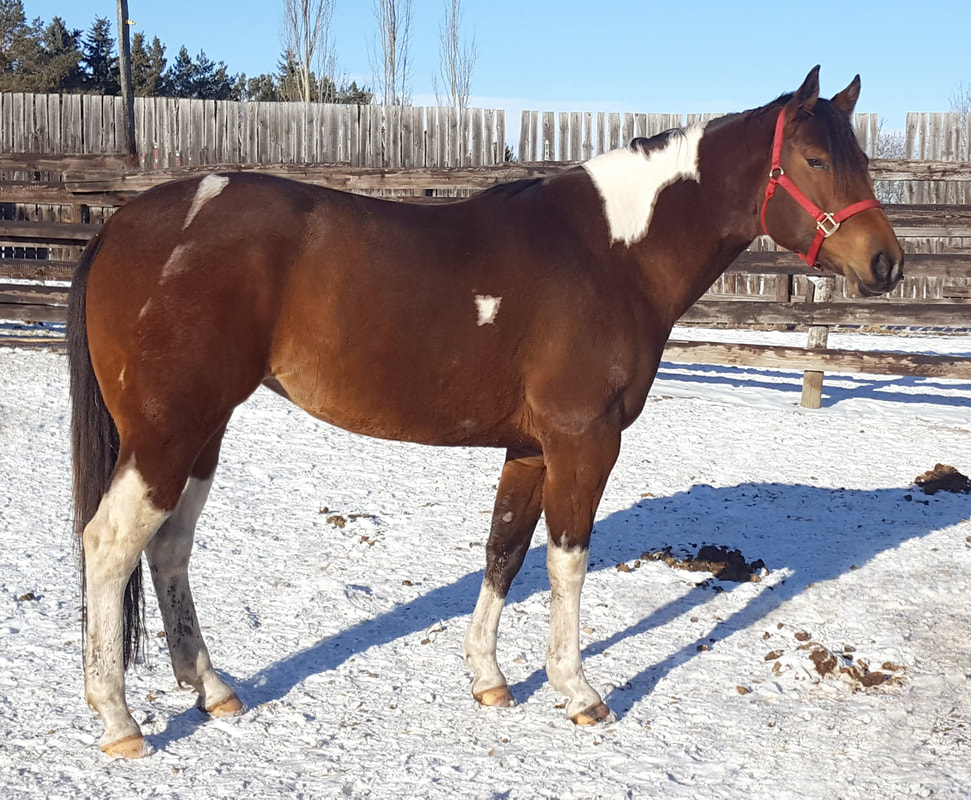 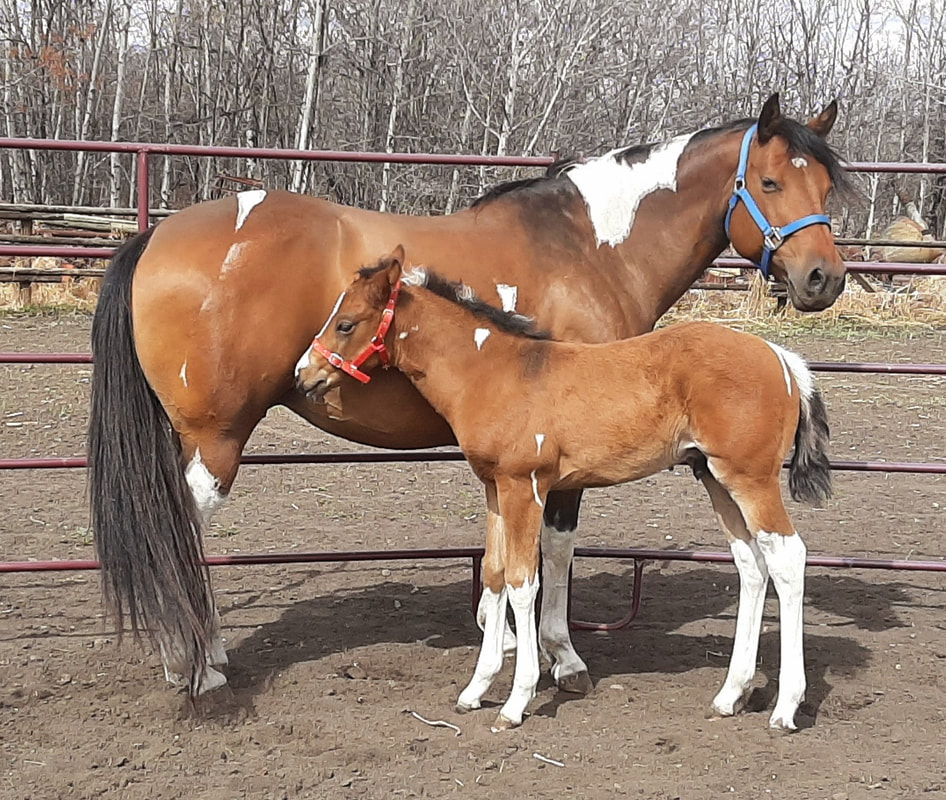 We are happy to announce DNA tests came back showing Shelby is 5 panel and OLW negative. She carries no other patterns except tobiano, she is hetrozygous black, and homozgyous for nd1 (non-dun primitive markings)

Have a look at our short YouTube video below, and you'll see Shelby's lovely front leg! We think she's a 10 loper, and she can jog and long trot as well. She is broke to ride, and sound and sane!
​ 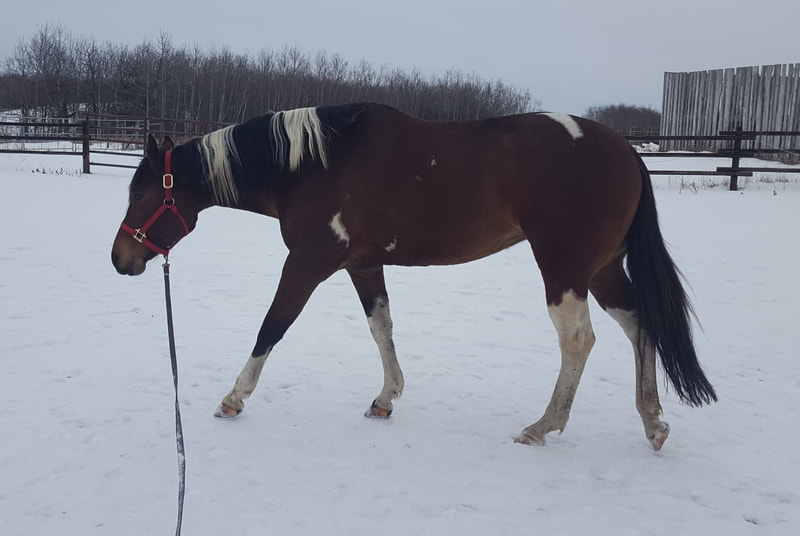